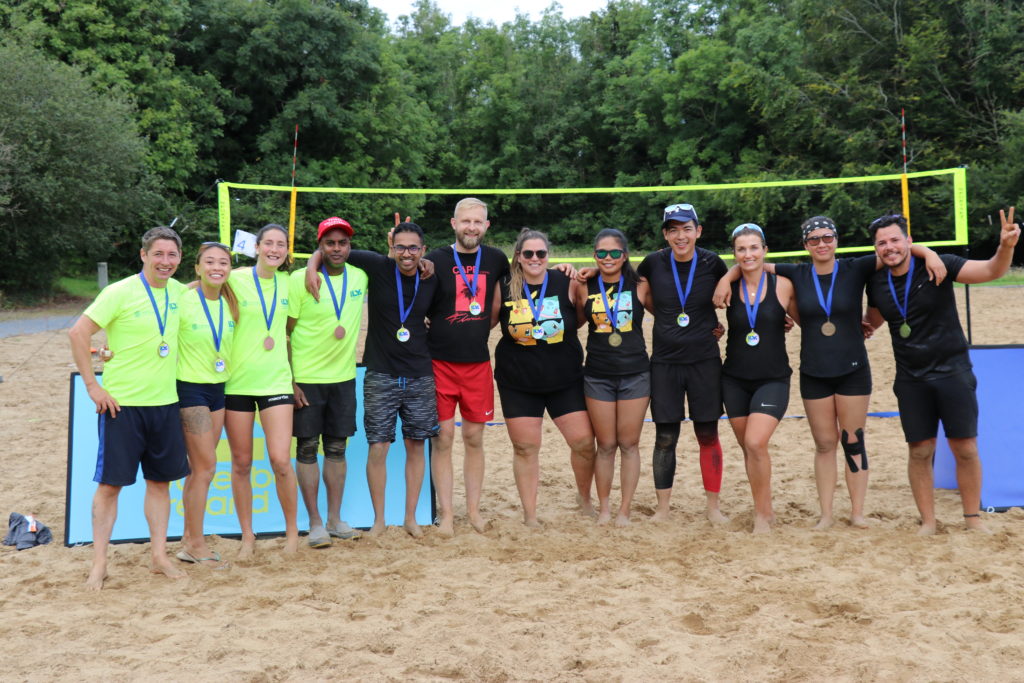 Earlier today under near perfect conditions the VLY Beach Tour 3rd leg was held in Galway City. The Sunday event was a 4v4 mixed tournament and the first of its kind on the 2021 Tour.

12 teams in total from as far north as Monaghan, East as Dublin and as south as Ennis gathered in Dangan to battle it out for the title of champions.

After some pool play early in the morning there wasn’t any shocks to report, as all the top seeded team progressed onwards to their quarterfinals.

From here on in the games grew tighter and tighter. Seeded teams 1 Copaya,  2 Eurasia, and 3 Practice Safe Sets all secured semi final spots however 4th seed Giba lost out to Kamikaze.

Kamikaze stole 3rd place  from Practice Safe Sets after a thrilling game that had match points for both teams at one stage.

Eurasia just pipped Copaya by the narrowest of margins in an incredible 21-19 third and final set.

Thank you to all players volunteers, chefs, scorers, referees and everyone who helped make today a great event!

Hopefully see you all back in Galway in 2022.