Yesterday at Bettystown Beach we got to witness yet another new and exciting programme developing on our beaches. The Ireland junior beach squads that were selected from open trials back in early June of this year took to the sand for their first taste of international matches.  There were a total of 17 junior teams from Northern Ireland (8) and Ireland (9) battling it out under the sunshine and very hot conditions.

The junior squads international event is the next step in what has been a continual and steady growth of junior beach volleyball over the past three years. This new step leads us into Stage 3 on our player pathway of Play, Develop & Perform. Our Beach Fun Sessions hosted around the country provide opportunities for new and beginner children to engage, have fun and learn our explosive summer sport (PLAY). The VLY Junior Tour then caters for our more experienced youth club players to compete against each other in a friendly and supporting environment (DEVELOP). Finally, our junior squads (PERFORM) will be those elite players from around Ireland that will represent our nation proudly through beach volleyball.

The Ireland vs Northern Ireland event is a two-game series that will host the second and final leg on Saturday August 28th alongside our flagship beach event of the year- VLY 3 STAR. Yesterday, was just the beginning for our young players who have been training beach together for only six weeks. A special thank you to coaches Luciana Sombra & Miriam Gormally (East) plus Jennifer Moret & Ferdie Whelan (West) who have been coaching the regional teams to the remarkable standard we watched unfold during the competition.

VLY would also like to thank Jeff Scott, NIVB Performance Director and Sarah Jankowitz NIVB Head Coach of the junior programme for travelling and providing such fantastic teams to compete against.

Finally, a huge mention to all our own junior squad players, those that couldn’t make the event and those on the beach yesterday that looked like they had been playing together for years. You have done Ireland proud. The future of beach volleyball is bright! 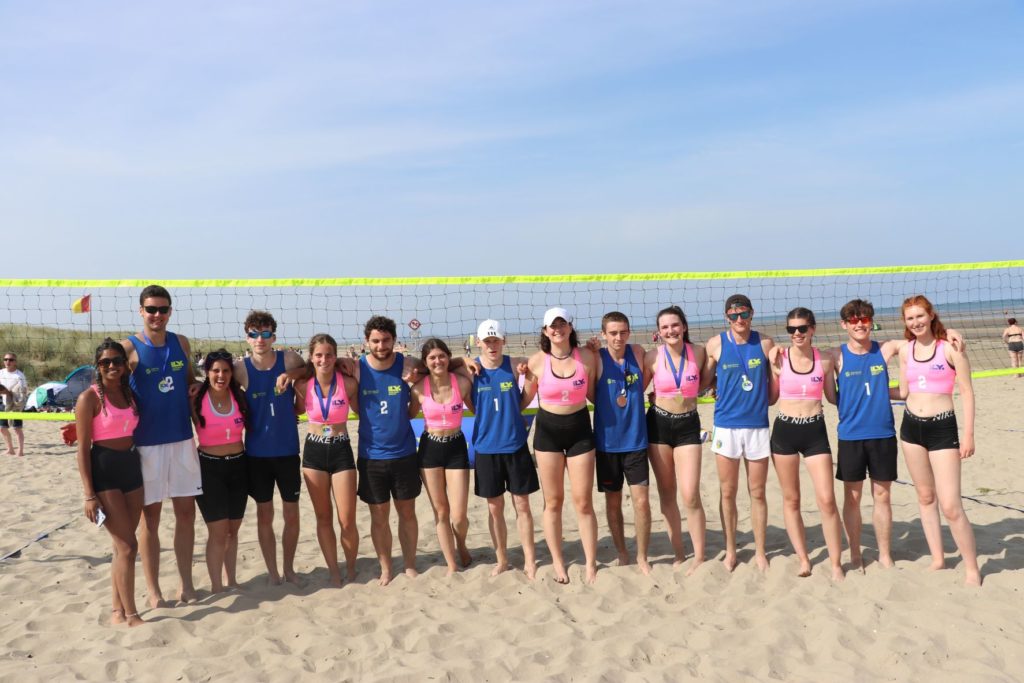