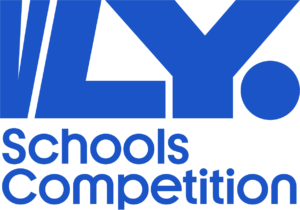 The U16 National School Finals are all set for Thursday 26th January at the NUIG Kingfisher Sports Centre, Galway.

We will see a return of traditional volleyball schools hoping to defend their titles as well as new schools looking to write themselves in school volleyball history by claiming their first!

A total of six divisions including a new Boys C Championship will be live for viewing through our YouTube channel or spectators are welcome to join us on the day to soak up the atmosphere.

We have a repeat of last year’s final as Patrician High School face off against Portlaoise College once more for glory. Can PHS do the double or will Portlaoise even it up at one a piece?

Coláiste Muire, Ennis who were beaten finalists this time last year are back again and hoping to go one step further after a strong campaign so far. They will be up against St Brigid’s College hoping to build on last years C title they won at this age category.

St Brigid’s College have now won 10 of the last 12 Boys B finals. Their opponents Mountrath CS, no strangers to national finals themselves will be looking to break the run and level it up after the narrow final day lose to Brigid’s back in 2012.

A new championship for this year sees two new schools into the final. Kilkenny City VS burst on the scene this year winning two senior titles and will be hoping to add a third cup to the cabinet however Piper’s Hill college have been playing some fantastic volleyball to earn their slot alongside them in the final. A game that could easily go down to the wire.

Scoil Mhuire, Strokestown have picked up where they left off pre Covid. Having appeared in 2018 and 2019 finals, they are now back again in Galway seeking their first C Division title. Hoping that isn’t the case is Coláiste Chiaráin, Athlone. The school will be hoping to make an instant impact in just year one of competition entry. Either way, one school will make history come Thursday!