National Youth Finals Weekend Round Up

What a weekend we had for our first ever National Youth Finals weekend in Galway. Three final events took centre stage as U16 Girls, U18 Boys and 4v4 volleyball champions were crowned. A total of 32 teams and over 250 kids made it to the final day of play.

Getting us started on Saturday was the East vs West U16 Girls’ finals. 2021/22 season seen significant growth in player and team numbers allowing regionalised leagues to be created for the first time. On Saturday teams from each league faced off against those teams in similar positions after a season of matches.  Burren VC finished their season in style collecting two wins from two against Craigavon and Galway Lightning. Dalkey Devils had some tremendous battles against Galway Thunder, Cork VA and Athenry with a mixture of wins and loses for the Dublin club.  Newly formed Athenry VC had two teams present on finals day and lots of support. They also found themselves with a mixed bag of results throughout the day as did  GVC Thunder and Lightning. By early afternoon we were down to the semi-finals and the top 2 teams in each division competing against each other. West runners up Galway Hurricanes took on East winners Santry VC in a cracking match that went all the way. Semi final 2 was also as tight as Craigavon Aztecs and Cork VA went point for point against each other. Similar to the semis the National Final and 3rd/4th play off went to the wire. Winning the U16 Championship was Galway Hurricanes with Cork VA second while Santry took bronze.

Sunday 10th April was the turn of the u18 boys and also the 4v4 national final blitz.  Our 4v4 blitz was an incredible day for the 9-14 year olds. Another new initiative that started this year has seen clubs and schools respond positively as the final event was a complete sell out. The 4v4 volleyball was created to provide development opportunities and learning for girls and boys in the learn to train stage of long term player development. As we worked through the schedule semi finalists girl primary school champions St Ita’s NS just lost out to the Galway volleyball club boys. In semi final two another school team in Gaelscoil Riabhach lads eliminated GVC Wild Dogs. The Loughrea school continued their winning streak into the final set and took the championship 25-23.

The U18 boys had been fiercely contested at the previous two blitzes leading up to the final day. Charleville CBS who impressed earlier in the year at their first school championship joined the final three clubs but lost out to GVC in semi final one. Cork VA who are having an unbelievable first season as a club got two teams into semi final two, ensuring a Cork team in the final and a similar line up to yesterday girls u16’s final.

Another worthy final as we needed a deciding set to separate the teams. Cork VA this time going one step better to bring the title south after an incredible 2-1 victory. 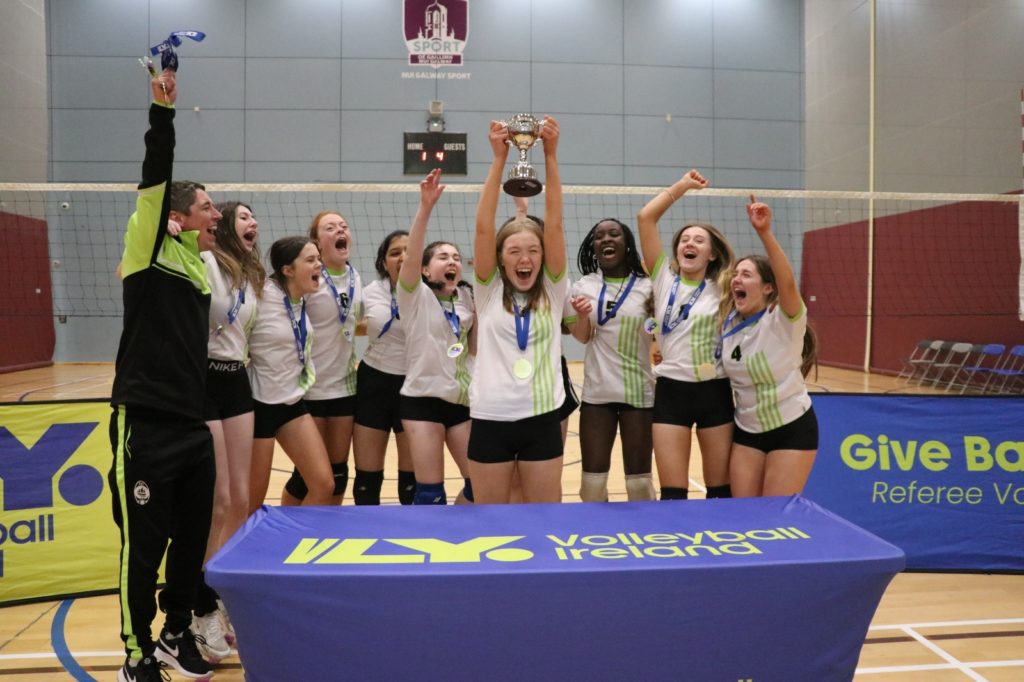 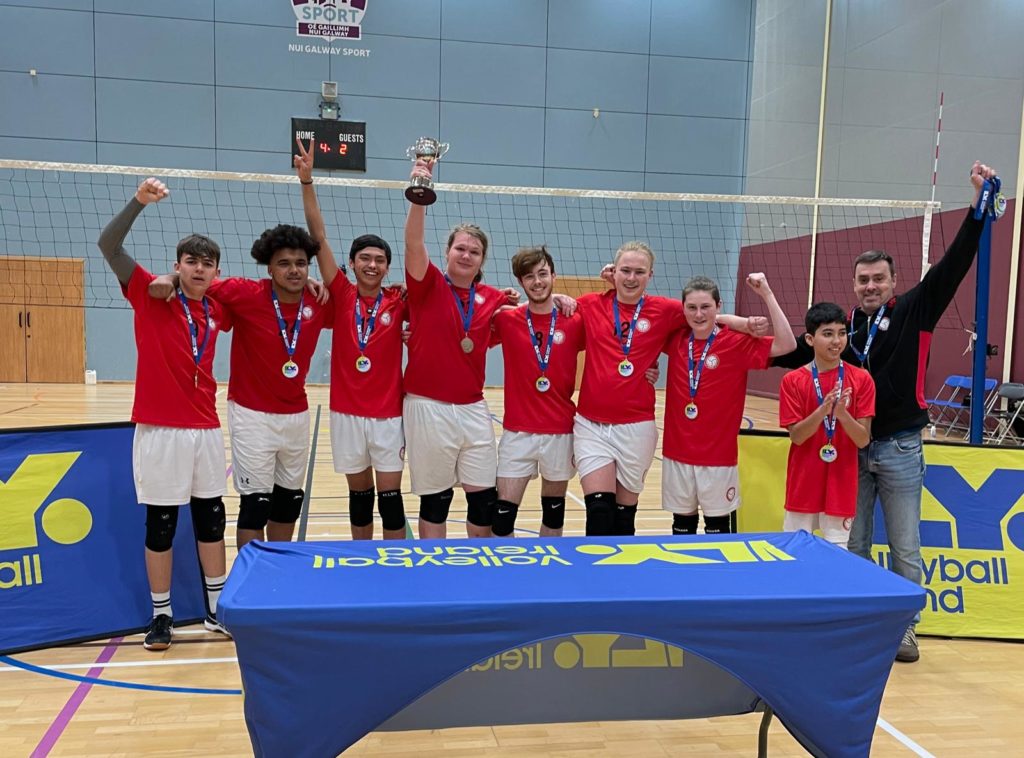 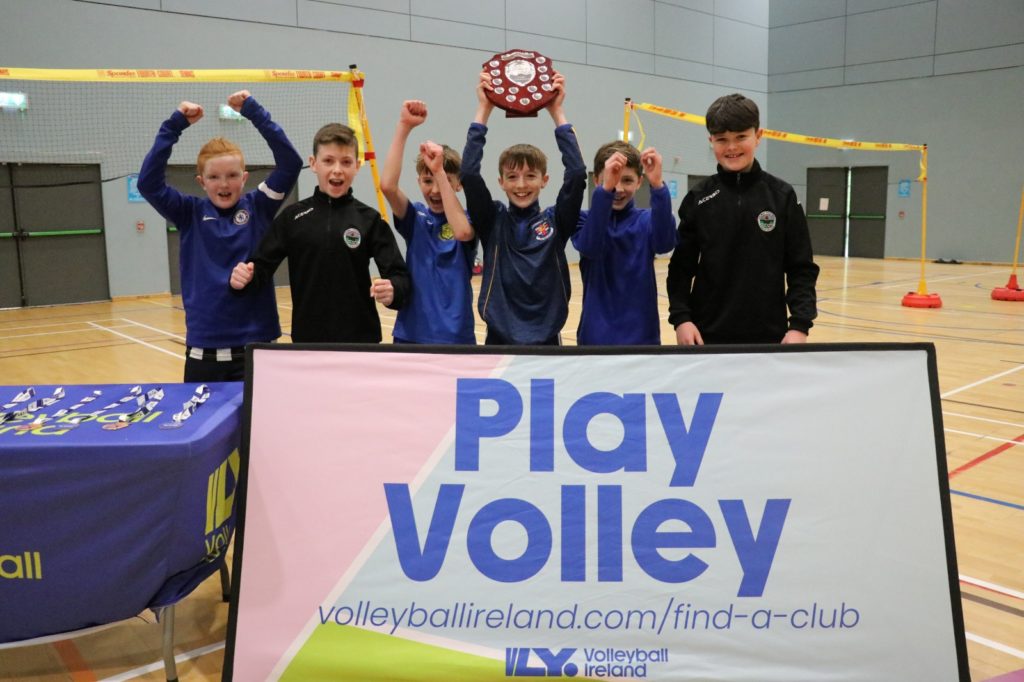